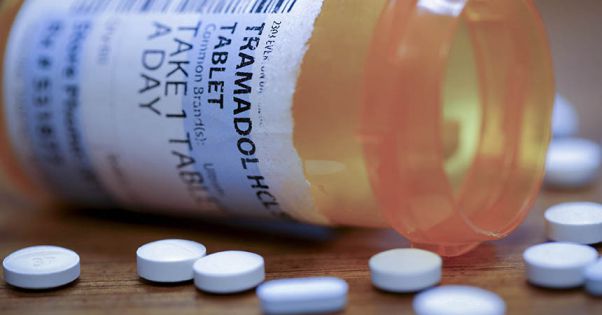 We are not making a judgment here that your friends don’t ask for your suggestion about the best drug movies because they think of it taboo. However, there is a possibility that people consider drug-related movies are either boring or depressing.

We will present you with a list of our top 10 drug movies, and believe it or not; they are not boring at all.

Top Movies About Drug Addiction You Should Watch Now This beautifully shot and carefully deployed drug addiction movie has secured the number one spot in our list of best drug movies. According to the director of the film Darren Aronofsky, this is not just a drug-related movie but also a movie about addiction.

This movie portrays four different people who succumb to their habits. However, the obsessions of these people are various, and yet their resolution is the same. This movie about drugs is a good storyteller of how people underestimate the power of habit and become victims of it.

This movie is about 26 years old boy named Mark, who tries to leave his drug addiction behind and start a new life. But this movie about drugs intelligently depicts how hard it is to come out of an obsession.

Mark is stuck with his drug addict friends, and he just cannot quit under their influence. This movie is considered one of the best movies about drug addiction because of its inspiring story and its graphic scenes of how a drug addict tries to supersede his temptation.

Blow is a drug dealer movie based on a true story. This top drug movie is a gem in this category of Hollywood movies. The story of a boy in the 1950s who dreams of becoming rich makes his way to the top of the drug empire may seem a little cliché to a lot of people. But this is one of those drug-related movies that have surprised its audience, primarily because of Johnny Depp’s marvellous acting in the lead role of George Jung.

The story of Scarface does not primarily revolve around drugs as compared to other drug addiction movies. This movie manages to secure a spot in the list of top 10 drug movies because of the character of Tony Montana, played by Al Pacino.

This movie is an altogether package of drug addiction, action, drama, and suspense. The film secured many accolades due to the fantastic performance of Al Pacino. Scarface is still one of the most popular movies not just in its genre but overall, and it will always be one of the best drug movies of all time.

This masterpiece by Leonardo Di Caprio is a true story of Jordan Belfort, who was a Wall Street tycoon. Belfort made millions after figuring out a way to commit fraud in the stock exchange, challenging to discover.

After completing his fortune from cheating in the stock market, this guy Belfort became addicted to drugs. This movie about drug addiction will give you a clear picture of how someone so smart that he could cheat some of the most significant investigation agencies in the world would give in his everything because of drugs.

Now, this is a movie that you will not find in any of the lists of top 10 drug movies, but it truly deserves a spot here. It is a true story of a boy, James Bowen, who used to make his livings by busking in the streets of London.

James was a drug addict who had the willingness to quit but needed a push which he failed to get from anyone in his life, until one day, when a street cat named Bob came up to him. This drug-addicted movie is more about the recovery from drugs because that’s what James tries to achieve in this movie.

This piece of art by Quentin Tarantino is still known to be one of the best movies of Hollywood. From the best cast in the industry to the spectacular cinematography, everything about this top drug movie is just magnificent.

Pulp Fiction is a movie that many failed to understand truly, because of its complex script. The story revolves around the lives of four unrelated characters that are then woven together because of some genuinely surprising turn of events.

Bradley Cooper plays the character of Eddie Morra in this top drug movie. This movie has a unique concept which is very different from many other films about drug addiction. The nature of Eddie is not addicted to any other type of drugs. Still, he develops an addiction to a new pill in the market which supposedly increases his mental capacity. Eddie Morra is enjoying and having a good time with this drug, but it is when he decides to sell the pills that the real problem arises.

This movie in our list of top 10 drug movies is not a drug addiction movie that will depress you because it is a comedy movie that also depicts the culture of drugs. Seth Rogan plays as Dale Denton who is the main character of the film.

Dale, who is a drug addict and process clerk, has his life put in jeopardy when he visits his dealer friend to score a new but more refined strain of marijuana. Pineapple Express is a hilarious movie, and you will have some terrific laughs while watching it.

Fear and Loathing in Las Vegas is another jewel by Johnny Depp in this category of movies about drugs. Johnny plays the role of a journalist named Raoul Duke in this drug-related movie. Duke visits Las Vegas with his friend, but their high doses of drugs soon take them over.

The film is an adventure-based comedy, and the general public has received it very well. Johnny has once again proved to be a multitalented lad who always goes an extra mile in making the movie successful with his extraordinary acting. Also check our article on Japanese romantic comedy movies.