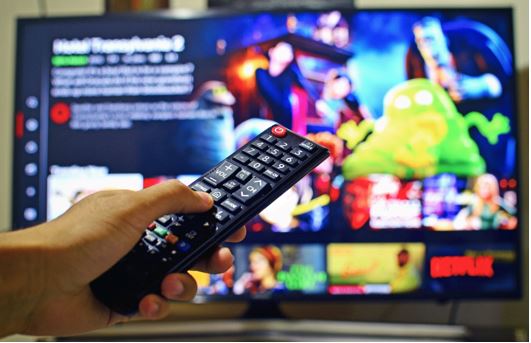 When one thinks of streaming TV shows and movies online, it’s fair to say that Netflix is the first name that comes to mind. Netflix has a vast content library for US and UK regions of top-notch unique content, particularly if you enjoy TV shows.

It keeps making must-watch original series to appreciate, making it one of the most outstanding streaming platforms. With 17 million subscribers in the UK, Netflix is a top-rated streaming service even in the UK, US and other countries where it’s available. If you are looking for a Netflix alternative, you should go through  Howtowatchinuk.co.uk to explore other streaming services available in the UK.

Disney Plus gives tough competition to Netflix because of its family-friendly content. It offers high-quality 4k streaming of fans’ favorite Star wars, Pixar, and Marvel series. It has a user-friendly interface and allows downloading Tv shows and movies to watch later.

Gravity Falls, Kim Possible, Phineas and Ferb, DuckTales, and The Simpsons, are some of the best Tv shows for kids available on Disney Plus. It also has some original content like Encore!, The Mandalorian, and The Winter Soldier. The subscription plans for Disney plus start from $7.99 per month.

Having over 70 million subscribers worldwide, HBO Max proves to be a great alternative to Netflix. Its ad-free plan lets users download content to watch later. HBO Max is the combination of Warner Media with Discovery and that is why it has a catalog of the best tv shows and movies.

From series like House of the Dragon and Pretty Little Liars to shows like Selena + Chef and West World, Tv series and shows of all genres and categories are available on HBO Max. The pricing plans for HBO max start from $9.99 per month.

With additional features like live Thursday Night Football and WNBA games and allowing to rent Tv shows and movies, Amazon Prime gives fierce competition to Netflix. Amazon Prime is said to have over 200 million active users.

The Peripheral, Guilty Minds, and The Terminal List are some of the best shows to stream on Amazon Prime. It has some of the most entertaining original movies like The Tomorrow War, Bingo Hell, and Without Remorse. Starting cost of a subscription to Amazon prime is $8.99/per month.

Youtube Tv is one of the best alternatives to Netflix as well as a cable service. It offers Sports, News, and entertainment content from some of the most famous networks including Fox, PBS, and ABC.

The most prominent additional feature of Youtube Tv is the DVR feature with limitless storage which allows recordings of shows to watch later. In addition to that, It allows 3 simultaneous streams. For all of these features, you have to pay $64.99 per month. If you are wondering what to watch on youtube TV start with The Walking Dead or Origin and you won’t regret watching it.

Apple Tv+ is an affordable streaming service as compared to Netflix. As the pricing plans start from $6.99 only. It is an ad-free service and allows downloads on iOS.

The Morning Show, Dickinson, and For All Mankind are must-watch shows on Apple Tv+. However, the biggest drawback of this streaming service is the unavailability of the Apple Tv+ app for android and game consoles.

Paramount+ gives live sports coverage, allows up to 3 simultaneous streams, and is relatively cheap with pricing plans starting from $4.99 per month only. It is available in more than 50 countries.

It gives a free trial for all the content available, whereas Netflix’s free trial is available for some specific content.

Hulu is a competitor to Netflix when it comes to on-demand libraries. Unlike Netflix, Hulu gives access to many cable Tv shows. The pricing plans for Hulu start from $7.99 per month.

It has some of the best shows available from classics like The Golden Girls and Brooklyn Nine-Nine to the much-hyped shows like Killing Eve, Veronica Mars, and Ramy.

Sling Tv gives access to a wide variety of tv shows and movies at affordable prices. It also has excellent customisation features. Unlike Netflix, Sling Tv offers sports and news channels as well. But a major con of sling tv is that it is available in the US only. If you try accessing it from another country it gives a “7-600 error. We’re sorry Sling TV is only available inside the US. Thank you for your interest.”

Black Sails, shameless and Psych are shows available on sling Tv which are worth your time.

With a 30-day free trial and the availability of 2 live channels, showtime is another competitor of Netflix. It is a reasonable streaming service costing $10.99 per month.

The service gives access to some of the widely acclaimed tv shows and movies like Homeland, Penny Dreadful, Game of Thrones, and Twin Peaks. It also broadcasts Live boxing and MMA events.

Curiosity  Stream is an American media organisation and streaming service that offers movies, series, documentaries, and Television programs. It was founded by the owner of Discovery Channel. Having  20 million subscribers worldwide, it is used as a good alternative to Netflix.

Crime Scene Solvers, Deep Time History, The History of Food, and Stephen Hawking’s Favorite Places are the most-rated shows on CuriosityStream. The minimum cost of a curiosity stream subscription is $11.99 per month.

Netflix is a popular streaming service among users from all over the world and especially in the UK. Its vast array of content, user-friendly interface, and availability all over the world is what keep the viewers hooked. But in this era of technology and advancements, there has been a rise in the number of streaming platforms available.Disney+, Amazon Prime Video, HBO Max, Youtube Tv, and Apple Tv+ give fierce competition to Netflix. Other alternatives to Netflix include Paramount+, Hulu, Sling Tv, Showtime, and Curiosity stream. We have listed the pricing, features, and content available on these platforms so you can easily choose the streaming platform that is best for you.