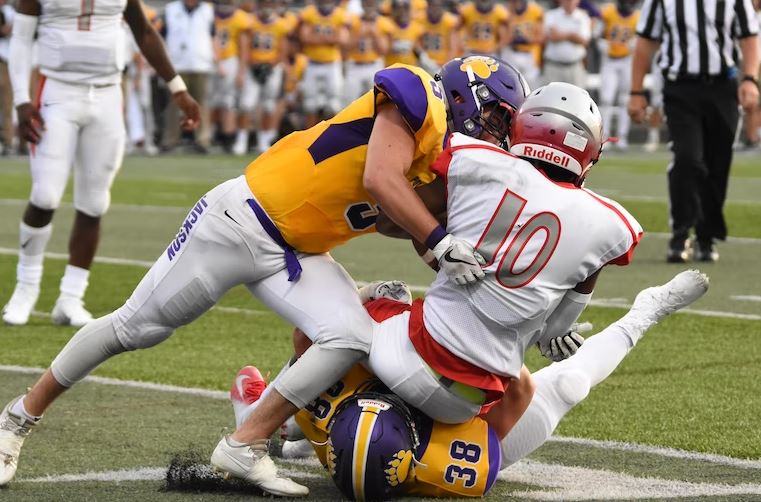 Most people in the world love sports. Many people have their favorite sport that they follow and their favorite athletes they love to root for. This is why it’s not surprising that sports have inspired so many different movies and series. These movies can be very entertaining even if you aren’t a sports fan. They are high-quality and often combine a lot of emotions with some exciting moments.

In this article, we will take a look at some fantastic sports-themed movies. Additionally, we will get to know some movies and series inspired by games. Many sports fans are also interested in all kinds of games, such as casino games. If you are interested in finding the best places to play these games, take a look at Online casino reviews. This way, you can find a fun game for you fast.

Are you looking for an adventure movie?

People watch movies for different reasons. Nevertheless, one of the most common reasons to watch movies is escapism. People simply want to have a break from the real world and everyday life. The best movies for this type of need are adventure sports movies.

Some of the most famous movies are 127 hours and Everest. As the name suggests, Everest is a movie about Mount Everest. 127 hours tells a story of a man that gets stuck during a hike and tries his best to survive. These movies have some gruesome moments, but they certainly take you on an adventure.

The history of sports has had some star athletes and even more peculiar people. Quite often, these two things combine, which means that some of the best athletes in history might have an intriguing story to tell.

This is why there are many biographical sports movies. Some of the most famous ones are “I, Tonya”, which tells the story of the ice skater Tonya Hardings, and “I am Zlatan”, which focuses on the Swedish football superstar Zlatan Ibrahimović. Last but not least, the 2021 film “King Richard” focuses on the father of the Williams sisters, Richard Williams, who was also their coach.

Video games have also inspired many movies and series

As we mentioned, games have also inspired many different movies. You can find lists of the best video games based tv shows to watch, and you might even be surprised by the number of these movies and series.

Sports movies are often very exciting and full of thrilling moments. They can also take you on a fun adventure. This still doesn’t mean that they couldn’t be funny. In fact, there are many comedy sports movies. If you have never watched any of these movies but like to have a laugh, they might be worth trying out.

Some very funny options include movies such as Fighting with my Family, Roller Girl, The Longest Yard, and She’s the Man. Some of these movies are entirely centered on a specific sport, whereas others use it as a launching point. Nevertheless, both types are sports movies, and these films will certainly make you laugh out loud.

Motorsports bring speed to the movies

Motorsports are very exciting for the speed the racers will reach with their vehicles. Regardless of whether the race would include motorcycles or Formula cars, watching them is very exciting. But one should not forget that these sports have had many tragic accidents. These are obviously not exciting, but they do bring extra drama to a film.

Therefore it’s not surprising that some very exciting films are inspired by motorsports. Even if you weren’t interested in motorsports at all, these movies might still be worth watching. Famous examples are movies like Rush and Le Mans ‘66. Many people have been surprised by how great movies are, so you might also want to give them a try.

Some sports movies are real classics

Last but not least, we need to mention some specific sports movies. This category has some true classics, some of which have even won Oscars and other awards. These movies include true classics such as Million Dollar Baby, Rocky, The Blind Side, and Field of Dreams.

Obviously, there are many other classic sports movies that might be worth watching. Still, these names are extra special, and even years after their release, they still get a lot of praise for their quality.