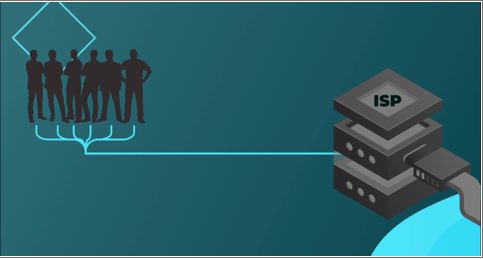 We can’t even think of a single day without the internet. It’s happening due to technological advancement and the availability of online services. As days go by, different technical issues arise, like internet throttling. It’s a great concern for users and most of the providers are not lenient in many countries.

Even in Canada, internet providers make us pay more and impose restrictions as a penalty for overstepping. We overstep with the download.

After reaching the data limit, including uploading and downloads, the provider limits the speed. As a result, your speed gets slowed down. Don’t worry, you can bypass internet throttling and a VPN is an effective way to do that. Visit canadavpns.com to get to know the best VPN options for Canadian users to fix throttling issues and gain much more from this amazing technology.

What is Internet Throttling?

You hardly find out about the internet throttling when it is happening to you. Internet service providers are the culprit and make you suffer by limiting the speed.

The fact is, internet providers, do not inform you about the action. The actual scenario of internet throttling is to limit the speed as your ISP covers or offered plans.

Internet providers have a data cap for every user. The cap is limited for the different plans. The limit is for every month’s packages.

As a result, your super-fast internet got super slow and made your contract status with the provider questionable.

You’ll suffer from internet throttling when streaming videos or gaming in high definition. These two consume a lot of bandwidth.

Why Does the Internet Throttle Your Bandwidth?

The only purpose of internet throttling is to control your internet traffic. After setting the period, ISP throttles its network users.

When you reach the data limit, the ISP gets in the action. It’s true, Internet throttle controls the use as well as the internet habits of the user.

On top of that, such actions maximize the profit of the ISP as well. Yes, there are some specific reasons for internet throttling. Let’s find out all these common reasons below.

ISP comes with a data cap for the user. That means users can use a certain amount of bandwidth. If you exceed the limit of the data cap, no doubt, your connection is going to be throttled at any moment.

The slow speed cycle will continue to make your connection unusable unless the next limit gets opened with your ISP contract.

Sometimes ISP throttling is good for everyone. If one is after heavy data use then the result can be a disaster for other internet users of that specific region. The speed gets slowed down for them.

In this situation, it is essential to neutralize the problem. ISP throttles all these connections to ensure the perfect amount of data for everyone.

ISP comes with different services for the user. To manage equal connection for everyone, ISP sometimes restricts and minimizes the speed for specific services.

They mostly do it on the streaming platform. They throttle specific websites and other gaming servers to ensure the best internet experience.

How do you know About Internet Throttling?

If you are a concerned internet user, then detecting internet throttling is easy for you. After observing some symptoms, you can make sure about the throttling. Let’s find what they are from below.

How to Overcome Internet Throttling With A VPN?

In many countries, VPNs do the best thing to solve many internet and not streaming-related issues. It breaks different types of internet blocks as well.

VPN in your device is not just a tool. It’s an option for tons of opportunities and to prevent internet throttling. Through such technological advancements you can hide your online activity so you can perform business operations anonymously, unlock blocked content in your region, have a better gaming experience and what not.

No data packets can track your VPN activity. That means, how much bandwidth you are using is not possible to detect by your local ISP.

For effective throttling, ISPs need data. VPN is masked with lots of things, including user activity, new IP, and new server. As a result, there is no impact on your internet speed at all. These days, internet throttling is becoming an important issue because we are somehow getting very much related to online streaming.

When the ISP notices overuse of bandwidth, especially for streaming videos or gaming high-definition games, you will face internet throttling. It’s an unpleasant experience for internet users.

If you are urged to use unlimited bandwidth for a specific purpose, then VPN is the only way to get rid of this situation. So, get a reliable VPN in Canada and put a mask on your internet activity and avoid internet throttling.