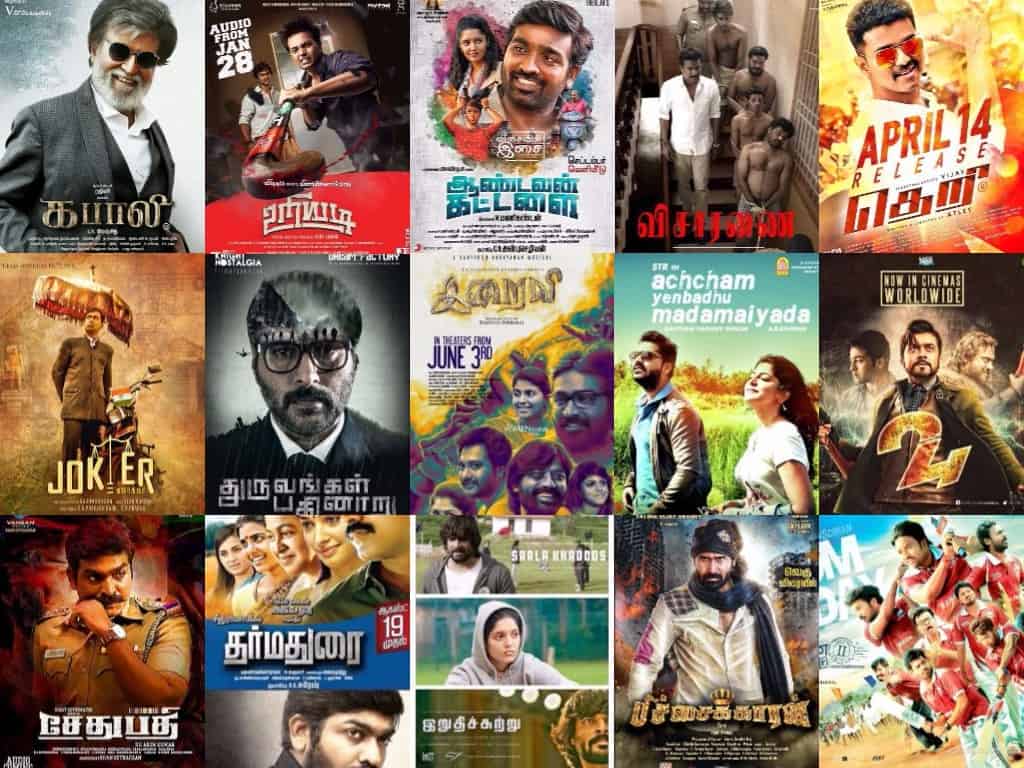 Are you looking for the best Tamil Movies List? If yes, Here we provide the all-time best 15 Tamil Movies. The Tamil film industry is in the midst of a revolution. With the growth of the internet and mobile phones, Kollywood has grown in popularity. Many people now want to watch movies online.

Tamil cinema is one of the most prolific and diverse genres in the world. With hundreds of films released each year, it’s no surprise that many of these films were made for PAN India and global audiences.

Here we cover the Top 15 Tamil films which have achieved industry hit status (highest-grossing of all time) in the history of  Tamil cinema are listed here.

Why: I saw Peranbu directed by Ram on Amazon Prime Video. The film stars Mammootty in the father role. It also stars Anjali in a leading role. The film is artistic. It’s surprising to see a star like Mammootty playing such a demanding character at this point in his career.  Every frame of the film is a painting, especially the first hour. The cameraman has exorbitantly staged the beauty of nature. Movies like this should be appreciated by the public.

Plot: The story is about a daughter and father. One day Stella writes to Amudhavan asking him to take care of her daughter, abandons her family, and runs away, resulting in Amu returning home after 10 years to raise Pappa as a single father. In short, Amudhavan is devastated after his wife left him and their child who has cerebral palsy. He struggles to take care of his daughter while society constantly rejects him.

Why: If I were asked to recommend a Kollywood (Tamil) film, I would have a hard time deciding between Anbe Sivam and Thani Oruvan. If you think for a moment, you will realize that the confrontation between the protagonist and the antagonist in each movie can be divided into 2 scenarios. I don’t want to be a spoiler, so I recommend you watch the movie first.

Plot: The film is about a core concept of good versus evil told in a unique style. “The truth hurts” and “lies are beautiful” is well known.  The same fact is used as a concept and Aravind Swami is the powerful villain here. Unlike other movies where the villain meets the hero, here comes a twist where the hero meets and confronts his villain. Jayam Ravi is an IPS officer stationed in the intelligence agency’s organized crime unit, Mithran.

Why: I managed to watch this movie a few more times, but Vadachennai (directed by Vetrimaaran) still manages to surprise me in terms of story and script. Although planned as a two-part gangster saga, Vadachennai had much more to offer as a character-driven drama than as a thriller. For me, this first part felt like a complete movie thanks to the density of the plot and the excellent writing style.

Plot: Vada Chennai is set in opposition to the backdrop of North Chennai and the tale spans the term of 1987 to 2003. In the 12 months of 1987, the organization Guna (Samuthirakani), Senthil (Kishore), Pazhani (Dheena), and Velu (Pavan) killed a massive shot gangster and they speak the substitute of his place.

Why: Sarpatta Parambarai is definitely worth a watch and will make your time worthwhile. Watch Arya’s impressive devotion and Pa Ranjith’s effective execution. This movie gives you motivation and also gives you a perfect example of hard work.

Plot: The film revolves around a clash between two clans, namely Idiyappa Parambarai and Sarpatta Parambarai in northern Chennai, and also shows the boxing culture in the area and the politics involved.

Why: I was speechless. It shows a beautiful, unconditional and eternal relationship between two people in such a way that I think everyone should see this movie at least once.

Plot: The film revolves around the reunion of former students from the class of 1996, twenty-two years after their graduation. The reunion also serves as an opportunity for two ex-lovers, Ram and Jaanu, to resolve issues surrounding their breakup.

Why: If you want to experience another dimension of acting played by a 36-year-old actor who acts like a 55-year-old man and pulls it off, you have to watch the movie Asuran. Asuran is one of the finest movies of south superstar Dhanush.

Plot: The story revolves around Sivasaamy(Dhanush) and his family, where his youngest son kills a Vadakkooran, a local bigwig, to avenge his brother’s death over a land dispute. The rest of the story is about how he protects his son from those who want to kill him. I will just say that I will watch it at least one time.

Why: I would say that the best film by the best director is Thalapathi (1991). The movie gives you goosebumps when you watch it. Thalapathi(1991) is one of the best movies I would recommend to you.

Plot: Thalapathi is based on the friendship between Karna and Duryodhana, characters from the Hindu Mahabharata. With a budget of ₹3 crores, Thalapathi was the most expensive South Indian film at the time of its release.

Why: I watched a Visaranai movie because one of my friends suggested it to me. After watching the Visaaranai movie, I suggest many people. The story of the movie is mind-blowing.  This movie has an awesome story which is based on the novel Lock Up by M. Chandrakumar.

Plot: Four immigrants (Pandi, Murugan, Afsal, and Kumar) are arrested by local state police, tortured, and forced to admit to a crime they know nothing about. When all hope seems lost, a police officer from her hometown stands up for her at the court hearing and releases her. For more, you just go and watch this movie.

Why: The Kaithi movie is one of the best movies in the Tamil industry. Many people say that the Kaithi movie is interconnected to the 2022 blockbuster movie Vikram. The movie surprised me. I don’t want to spoil the movie. I recommend this movie if you are planning to watch Vikram.

Plot: On a night when all the cops are stuck, a paroled convict must help the police so he can see his daughter for the first time in her life. How he helps the department shapes the story of this action-packed animator.

Why: Everyone knows that Kamal Hasan sir is the best director and  Thevar Magan is one of the best films by Him. The movie is inspired by the iconic films named  The Godfather (1972) and the Kannada film Kaadu (1973). Just watch it, you are not regarded for spending 158 mins I guarantee.

Plot: Set against the backdrop of the feudal district of Madurai, controlled by landowners who employ their gangs and often engage in costly feuds with their neighbors. Unknowingly, he is forced to become involved in the bloody feuds between various members of the Clan led by Mayathevar (Nasser), and when his father dies, he takes on the role of godfather.

Why: Soorarai Potter is a very good film. It’s one of the best movies I’ve seen in 2020 in all Indian languages. Suriya is the show stealer in the film, without him, the film feels incomplete. He did a fabulous job. He played beautifully in the emotional scenes he was involved in.

Plot: Soorarai Pottru is inspired by the book Simply Fly, the film tells the story of Nedumaaran Rajangam, known to his friends as Maara, the son of a teacher who sets out to make the common man fly and joins the most intense industry dedicates in the capital of the world with the help of your friends, family, and sheer willpower.

Why: Coming from a rural area, I could identify with the story. After watching the whole movie, I realized that it happened in reality. Such an honest portrayal of the brutal truth of our society. Jay Bhim is highly recommended by me.

Plot: The Jay Bhim (2021) film is about police bias and state violence against a marginalized community. Based on a true incident from 1993 involving a case led by Judge K. Chandru, it follows the life of Sengeni and Rajakannu, a couple from the Irular tribe. Rajakannu was arrested by the police and later disappeared from the police station. Syngenta seeks the help of a Chandru lawyer to obtain justice for her husband.

Why: What an excellent film by Mari Selvaraj. This film is about the dark side of the caste system. Every one of the actors gave a brilliant performance. It is a landmark film in the Tamil film industry. Nobody has ever made a film like this before. No masala, no bullshit, everything was right. I won’t reveal anything about the story. Every single character in the film is brilliantly written by the director.

Plot: An idealistic young man is optimistic about the future as he heads to college, but a tragic chain of events and his friendship with a girl from another season awakens him to the harsher realities of caste-bound life in India. In the short term, a lower-caste law student befriends his classmate, a higher-caste girl, and the men in her family get in trouble.

Why: If you are a fan of 90s Tamil movies then Nayakan Movies are best for you. This movie is written and directed by mani Ratnam who is one of the most successful movie makers. Kamal Hasan was perfectly acted in the film. One of the best films of the 90s is Nayakan.

Plot: Nayakan is loosely based on the life of the Bombay underworld, Mr. Varadarajan Mudaliar, and the American film The Godfather (1972). A young boy (Ratnavelu) from Tamil Nadu witnesses his father, a union leader, being murdered in cold blood by a police officer. Kill the police officer and escape to Bombay city. From there, the story follows his rise to a crime boss (Velu Naicker)

Why: I consider this to be Kamal Hassan’s best work (yes, via Thevar Magan and Hey Ram as a writer and as an actor alongside his National Award-winning projects). The film Anbe Sivam  It’s amazing. Philosophical and always encourages me.

In conclusion, the best Tamil movies are those which offer a new perspective on Indian society and culture. They are not just about the good or bad deeds of the people.  If you are a movie buff and want to see what is currently on the big screen, you are in luck.