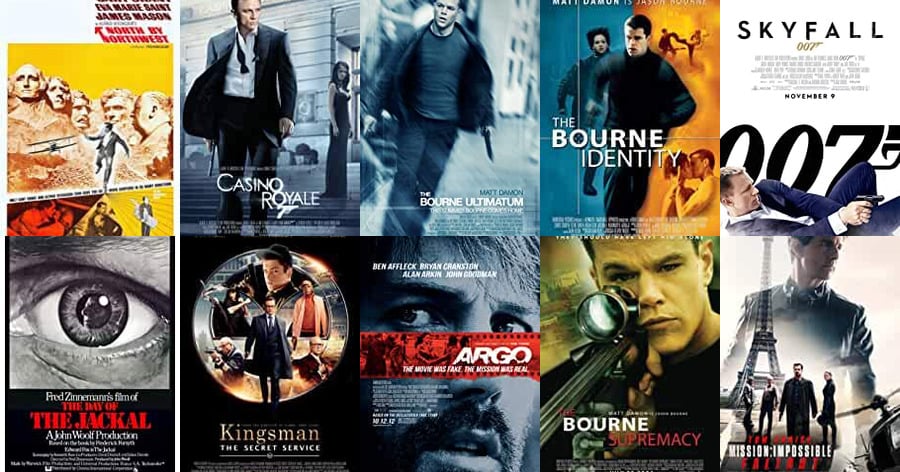 Who does not like cozying up on the couch on a random Friday night and unwinding with spy movies that feature intelligence officers and government agencies?  Majority of us like watching such movies because they keep us hooked to the TV screen and sometimes even make shivers run down our spine.

Watching all the prominent agencies and the kind of games they play to uncover the criminals and protect their sensitive information is very entertaining and interesting indeed. And what’s better than watching your favorite agents on your TV screens in 4k quality? This is possible if you subscribe to prominent cable providers like Optimum tv that give you the liberty of watching your best-loved shows and films in high quality.

Now that you are aware of the role a reliable provider plays in enhancing your entertainment experience, let us move on. Secret agents essentially have a renowned and significant place in the world of law enforcement. These experts are given a great level of responsibility and are required to go through significant education and training in order to be able to carry out their duties, which range from stopping fraud and counterfeiting to protecting well-known individuals.

Hence, without any doubt, spy movies are incredible and overwhelming all at the same time. So we have prepared a list of all the timeless and classic spy movies for people who love criminal investigation as well as presidential security. So grab a bowl of popcorn, switch on the table lamps and keep reading.

The German secret police are the main subject of The Lives of Others, which is set in the 1980s. A minister orders Gerd Wiesler to spy on an author and his girlfriend because he thinks they might have political allegiances. However, he soon finds himself drawn into their lives.

By addressing moral quandaries and complex relationships, the film lends nuance and depth to the spy genre. It depicts life during the Cold War in a character-driven and insightful way. Unexpected consequences result from Wiesler’s activities for both him and other individuals thus giving birth to unforeseen twists and turns in the narrative.

An underground militant gang tries to kill the president of France in the year 1963. When they fail to accomplish this mission, they employ The Jackal, an assassin, to finish the task. Detective Claude Lebel decides to investigate the killings as he starts leaving bodies behind.

The Day of the Jackal, which is based on Frederick Forsyth’s book, depicts the assassin’s trip to his intended victim. The movie keeps you on the edge of your seat with its intricate plot and high level of tension.

This film revolves around a supervision expert called Harry who is employed by a secret agent to keep an eye on a young couple. Even though Harry feels like this is not the right thing to do and tries to avoid this task; however, his guilt and regret from a previously unsolved case make him carry out this job. He gradually becomes greatly involved in this recent case.

The Conversation is an intense film that focuses on security and privacy. The film demonstrates how sound may be a useful tool for deciphering human behavior. It also depicts the protagonist’s isolation and escalating paranoia, revealing a shadowy aspect of espionage.

Both German and US security agencies become keenly interested when a brutally abused immigrant shows up in Hamburg’s Islamic community and claims his father’s illicit wealth: as time runs out and the stakes rise, the race is on to determine this most wanted man’s true identity.

Based on John le Carré’s book of the same name, A Most Wanted Man is a modern, intellectual story of interest, affection, competition, as well as politics that stings with tension until its final heart-stopping finale.

Buster Keaton portrays Johnnie Gray, a gifted train engineer from the South, in the Civil War drama that is based entirely on a true incident. His engine and his sweetheart Annabelle are his two great passions in life. After learning that a war has started, Annabelle’s father and brother enrolled in the Confederacy. They pressure Johnnie into joining as well.

The Confederates refuse Johnnie’s status as a soldier because they believe he is more talented than an engineer. Johnnie doesn’t understand why the military disqualifies him, but Annabelle’s family believes he is a mere coward. Annabelle’s family forbids her to go near Johnnie and makes her cut ties with him.

It is based on the true account of renowned cryptoanalyst Alan Turing. The movie depicts Turing and his amazing and talented clan of code-breakers at Britain’s highly confidential ‘Government Code and Cypher School’ located at Bletchley Park. This movie is set during the most intimidating and dreadful hours of World War II. It sets a very intense tone as the group races race against time in a nerve-wracking situation.

People with intellectual brains and genius minds enjoy watching spy movies. These films give them a chance to explore the feelings of intense responsibility and tension that goes behind closed doors. So if you are also a spy movie fan and are planning a movie night, well this article is just the right place for you. Take notes, prepare the popcorn, set a theme, and enjoy the movie night.